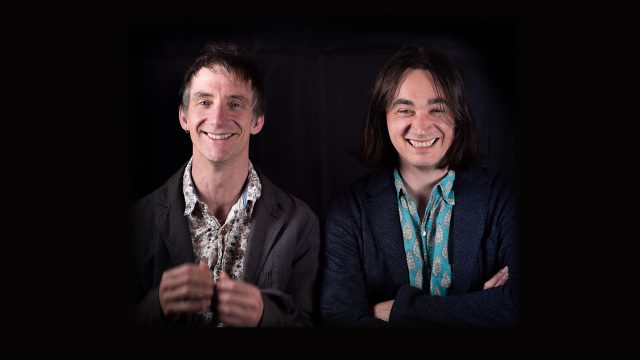 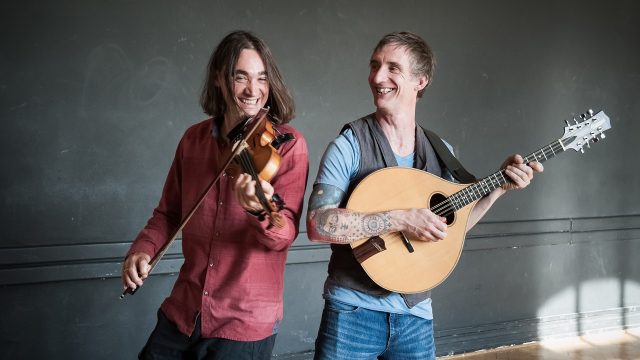 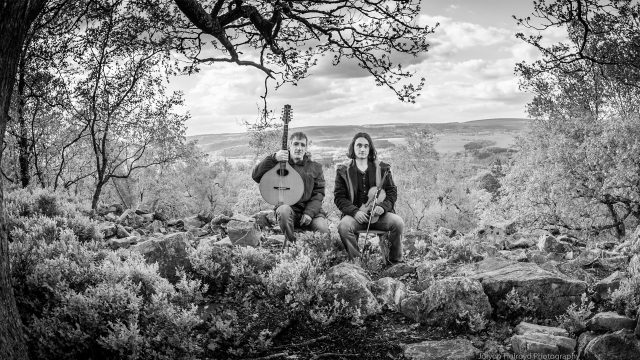 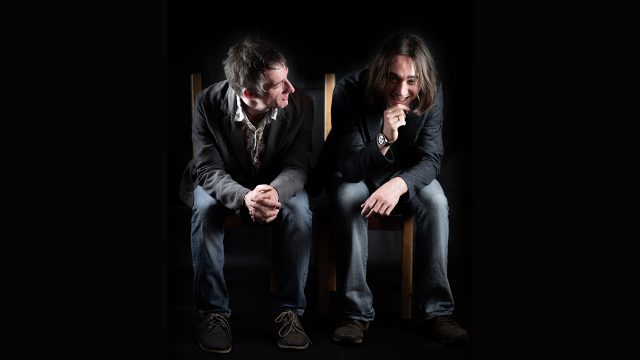 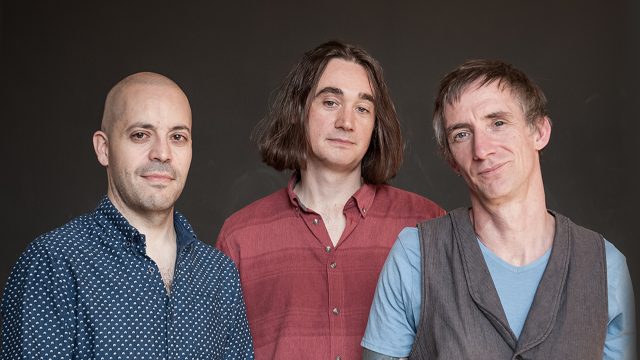 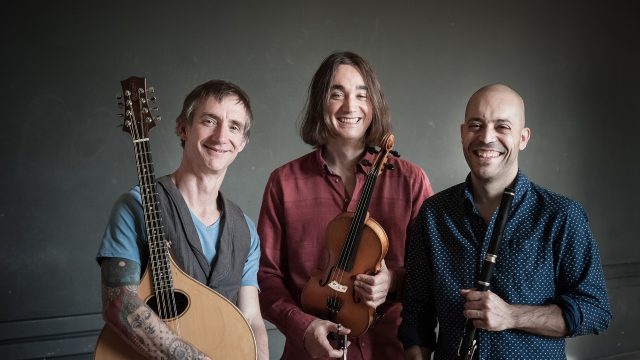 Gutsy folk with a critical eye, a sense of fun and a desire for a better future.

Multi award-winning folk duo Broom Bezzums match the quality of their songwriting with skilful musicianship and spine-tingling vocals to deliver performances you can’t forget. In their songs and anecdotes, the pair draw on their unconventional biographies to let audiences experience their music as they do.

Andrew Cadie is a fiddler, piper and guitarist with a distinctive style, based on the traditions of his native Northumberland. Mark Bloomer is a ‘reformed’ drummer and founder member of Babylon Zoo, who topped the charts worldwide in the 1990s with ‘Spaceman’.  Four years spent in Ireland led him to move on to guitar and mandola, which he plays with a wrought-iron Black Country backbeat. After working their separate ways across Europe as young street musicians Andrew and Mark settled in Germany, where they met and formed Broom Bezzums in 2005.  Now, with five albums to their name and a busy touring schedule, the duo are one of the top acts of the German folk scene, headlining festivals and appearing regularly on TV and radio.

Having started out with a purely traditional repertoire, the band’s set is now dominated by original material. Andrew’s song ‘Keep Hauling’ was adopted by leading UK folk performers Show of Hands and Fisherman’s Friends. The latter used it in their feature film and made it the title track of their current album. At the same time, Mark’s ‘Cold Winds Blow’ is probably the only song by an English folk act to have made it into the German radio charts. Both numbers feature on Broom Bezzums’ most recent studio album, ‘No Smaller Than the World’, which won the coveted German Record Critics’ Prize. The band have also won several honours at the German Rock and Pop Awards.

It’s always intoxicating to hear musicians performing with deep conviction, and the duo’s principles and beliefs run through the core of their shows. Andrew explains: “We live in the only European country that had the courage to try to relieve the 2015 refugee crisis in a meaningful way. We’re proud to be vocal about this in our music, and to be a small part of the hands-on movement to help with integration and understanding in the resulting cultural shift. People are people, not statistics!”

Despite their overseas success, Broom Bezzums always make a point of performing in the UK whenever their schedule allows – and it seems like their songs are needed now more than ever back home. If you get a chance to catch the elusive but magnificent duo, make sure you take it!

“Blissful (!) …this CD should really see them heralded as one of Britain’s leading folk acts … even though they’re actually based in Germany!” – Folking.com

“They perform with soulful passion and create a full, rich sound” – fRoots

“Broom Bezzums bring a bracing vigour which reflects the brio of their live performances. They are well-travelled singers and multi-instrumentalists…their reputation has spread through hard touring in Britain and Germany” – Living Tradition